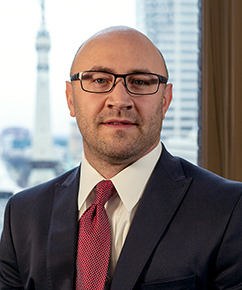 Wade Achenbach serves as Executive Vice President of Portfolio Management with Kite Realty Group Trust. Previously Mr. Achenbach served as the SVP of Capital Markets and Corporate Treasurer since 2012 and in various other roles within the Finance Department since 2004. Mr. Achenbach is currently responsible for overseeing Portfolio Management, Asset Management and Acquisition/Dispositions. While at Kite, Mr. Achenbach has completed over $8 billion in capital markets transactions and worked on over 4 million square feet of retail development and redevelopment in several states. Prior to joining Kite, Mr. Achenbach was in the mergers and acquisitions group at Plexus Corp., a publicly traded global contract electronics manufacturing company, based in Wisconsin. Prior to Plexus, Mr. Achenbach worked in the Investment Banking Group at A.G. Edwards & Sons in St. Louis, MO as a generalist working on a variety of mergers, acquisitions and capital raising transactions.